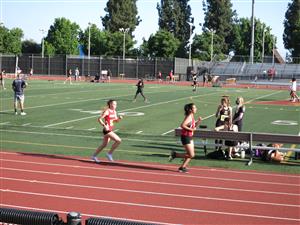 Our Pasadena High School Bulldog Track and Field team had a successful showing at the recent Pacific League Finals. Congratulations to all our student athletes.  We are so proud of all of you.

Amaya Givens '24 breaks the Pasadena High School school record in the 1600 and qualifies for CIF as a freshman with second place in a time of 5:32.41.