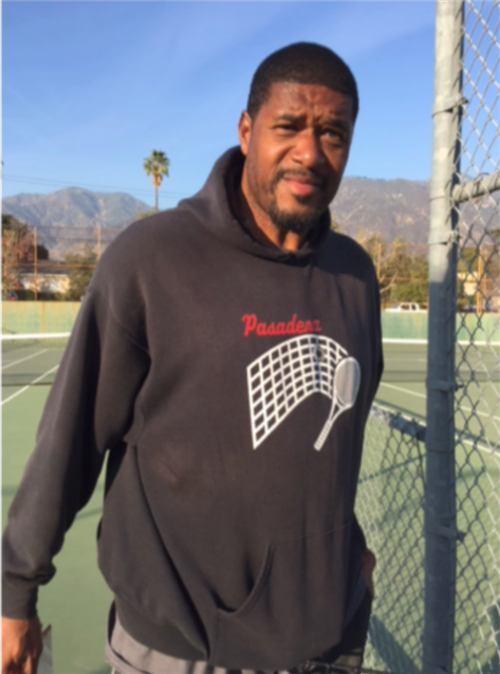 Coach Jones is a Physical Education teacher at Pasadena High School who has a long history of success with the mighty Bulldogs athletic programs. He graduated from PHS in 1976; he was a part of the CIF-SS Championship with Varsity Boys Basketball under former head Coach Tim Tucker. The Pacific League Coach of the Year honor has been awarded to Coach Jones for a third time (twice for girls’ tennis and once for boys’ tennis).

It is important to note that Derek Jones was an accomplished student-athlete while at PHS. He played high school basketball, earned League Co-Champions, and was named MVP. Coach Jones later earned a scholarship and played basketball for Grand Canyon University where he graduated with a Bachelor of Science in Physical Education. He earned his Master’s in Education & School Administration from Azusa Pacific, and has a Special Education credential from California State University, Los Angeles.