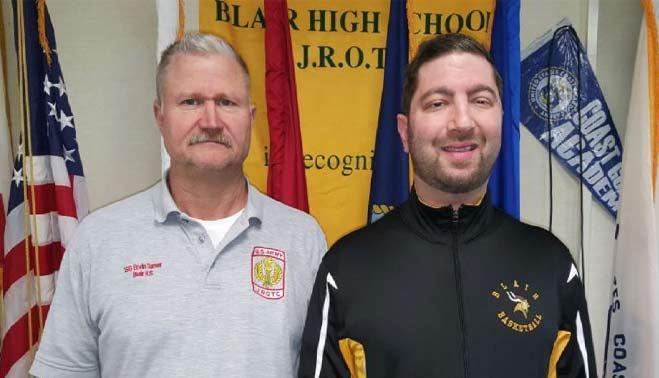 1SG Turner graduated from US Army Sergeants Major Academy, Fort Bliss, TX. He earned his BA and MA in Administration from the University of Phoenix. He has been with Blair High School for 18 years leading the JROTC Program with a high standard of success. 1SG Ervin Turner was born in Kansa City, Missouri.

Alon Margalit is a proud USC Graduate C/O 2004 where he earned his BA in Business Administration & Marketing. Coach Alon began his third year coaching leading the Varsity Boys Basketball Team who are currently ranked 2nd in the CIF SS 4AA this week. This team is hot and making a run to a championship in the Rio Hondo League. Coach Alon was born and raised in South Pasadena, CA.