Every child, every chance, every day.

Principal for a Day

Sponsored by the Pasadena Educational Foundation, Pasadena Unified Principal for a Day is a catalyst for relationships between local businesses and schools that bring volunteers, resources, and motivation to our students and enrich our community.

In its 14th year, Principal for a Day has now involved more than 450 community members and helped build lasting relationships between the schools, businesses, and the wider community.  Participants spend a morning on a campus shadowing a PUSD school principal, giving them a rare and valuable perspective of running a public school.

Don Benito students and staff are proud and excited to welcome John Harabedian, Mayor City of Sierra Madre, as part of PEF's "Principal for a Day" program. 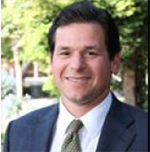 Mayor Harabedian was first elected to the City Council in April 2012 and re-elected for a second term in
April 2016. This is Mayor Harabedian’s second time serving as Mayor for the City of Sierra Madre.
Mayor Harabedian currently represents Sierra Madre on the San Gabriel Valley Metro Service Council and
on the Los Angeles County Sanitation District.

For a full list of Principal for a Day participants go here.