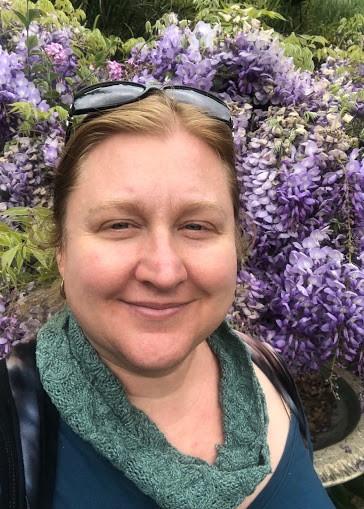 Ms. Dimas has lived and worked in the Pasadena area for most of her life. Born in Hawaii, her early years were spent traveling up and down the California Coast as her father sought a permanent position in a university - the life of a junior adjunct philosophy professor is a bit nomadic. Her family finally settled into Sierra Madre when she turned 8. She attended Sierra Madre Elementary School, where she discovered her undying love for the cello, and graduated from our own Pasadena High School having learned that percussion was pretty fun too. After a brief moment of being lost in the halls of higher education she focused on Music Education as her life’s passion. Accepted into the UCLA school of music, she was honored to learn from such education masters as Dr. Frank Heuser, Dr. Thomas Lee, and Edwin Gordon. Somewhere in the middle she got married to the love of her life, and discovered that raising a family takes a lot of time and energy. She returned to education 10 years later, received her teaching credential from CSULA, and has been teaching in Pasadena Unified ever since. Outside of a constant yearning to learn more instruments - her current count is at 19, and she is on the watch for 20 - she loves to read, knit, sew, can be found at the Renaissance Faire teaching children about the music of the 16th century, and writes mostly to amuse herself. Besides her wonderful husband, she has care of 3 children, a Great Pyrenees dog, six cats, and a Leopard Gecko. Looking forward, she hopes to finish her Masters in Education before the end of this decade.