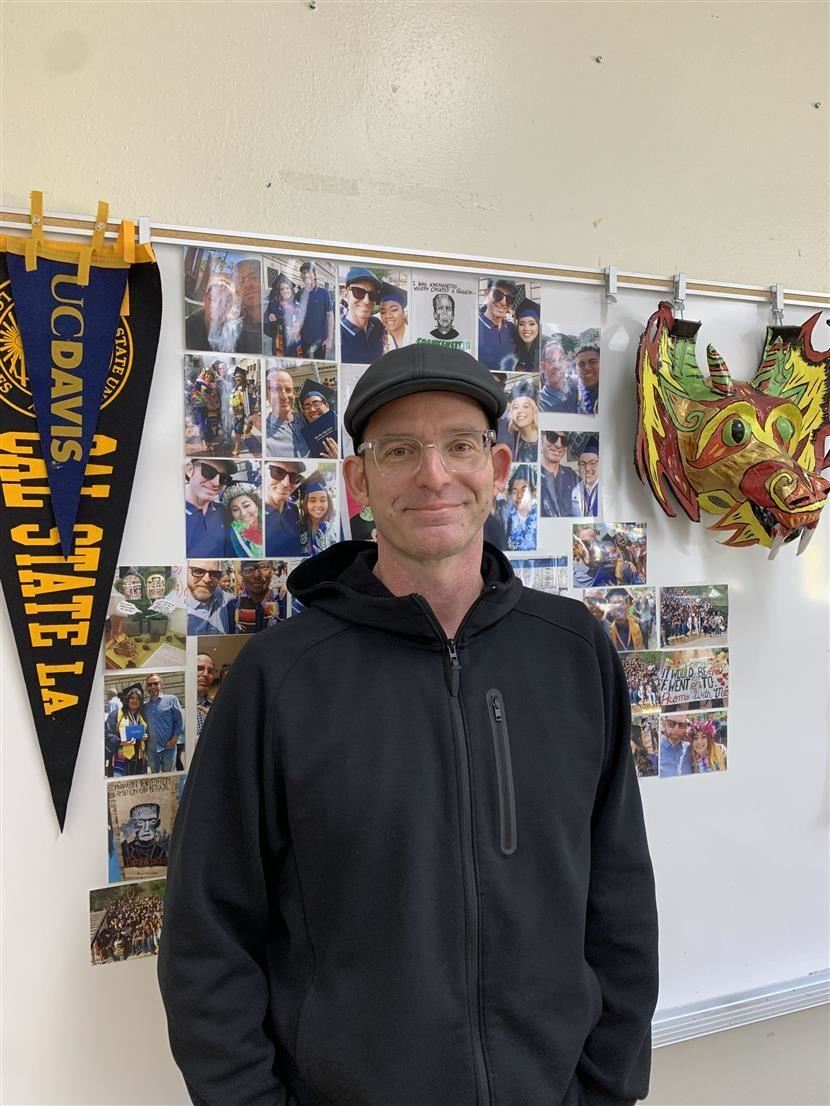 Mr. Vines began his teaching career at the Institute Of Reading Development in 2002.  He then became a public high school teacher in Detroit in 2005.  He began teaching at Muir in 2008.  Mr. Vines earned his BA in English from Michigan State University and his M.Ed at Wayne State University.  When Mr. Vines is not teaching, he is a DJ and music producer. He also likes hiking, yoga, film, and cooking.  Mr. Vines has been nominated twice for PUSD teacher of the year.  Best thing about Muir "the students!"